The City of Edmonton's Growth in 2016 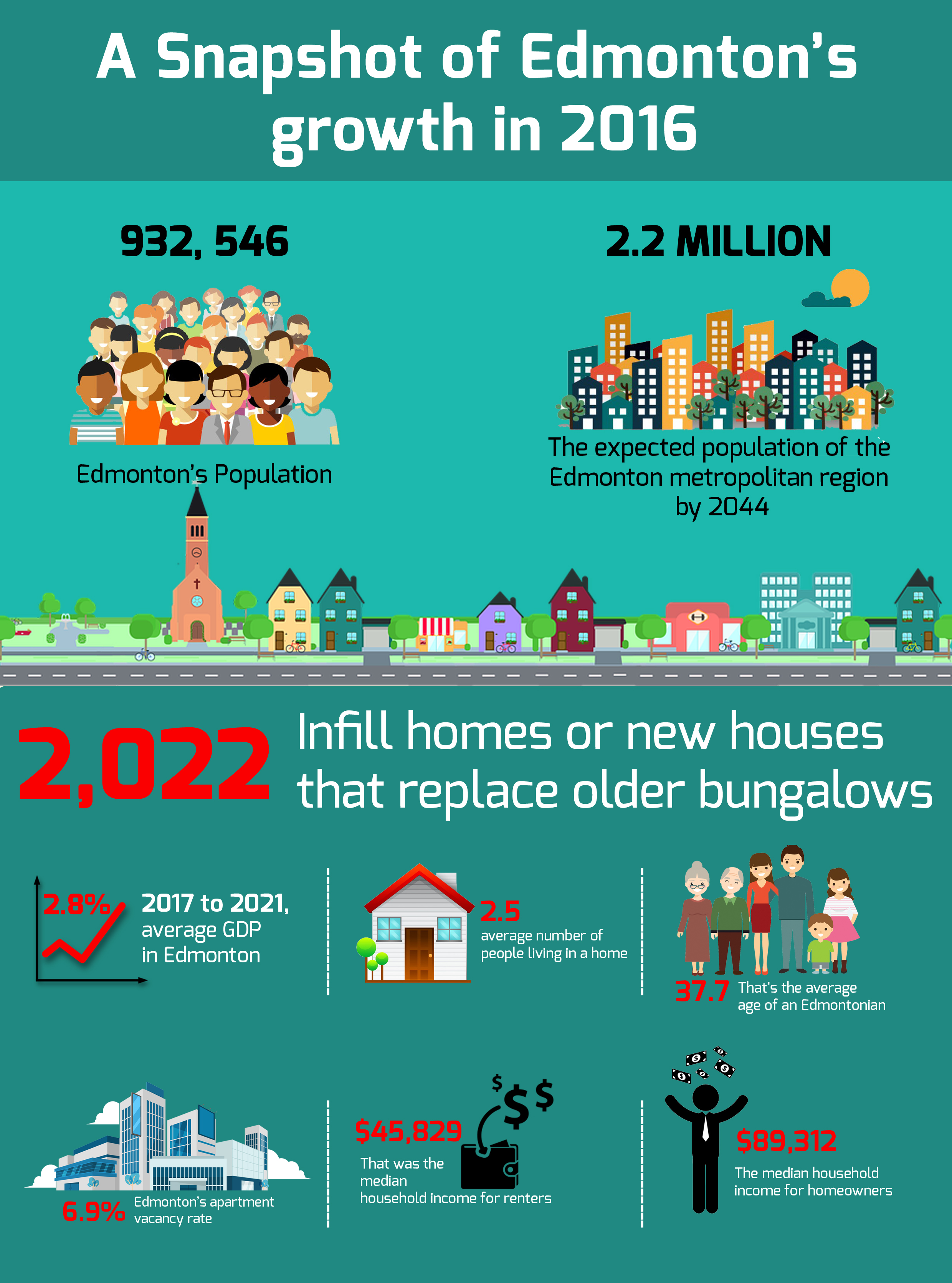 A Brief Look Into The Growth Of Edmonton

According to the information in the 2017 Annual Growth Monitoring report, Edmonton is facing some challenges with this rapid expansion.

Before we move on here is a quick definition of what the Annual growth report is. The 2017 Annual Growth Report is a report that gives an overview of different information such as the growth, demographics and various developments which are happening in a particular area.

With this report, a person can see valuable data about a particular area of interest. Below we'll take a look at some of the findings from this year’s report:

This is one of the biggest facts we can gather from the data in this report. With 932,546 people and growing Edmonton’s population has continued to increase for the past ten years. The population has increased by at least 28 percent over this period. This rapid growth has made it one of the fastest growing cities in Canada.

The information in this report also reveals that since 2011 Edmonton’s population has grown by 14.8 per cent.

Taking a look at the data shows us why this city is considered one of the fastest growing cities in Canada. The city is growing so fast that the Capital Region Board is anticipating that Edmonton will need at least 150,000 new housing units by the year 2040.

Also, the CRB estimates that the Capital Region’s population will match the current population of the metro-area of Portland, Vancouver, Denver, Liverpool and Stockholm by the year 2044. How's that for rapid growth.

The demographic data from this report also shows that Edmonton currently has one of the youngest populations in Canada. The report shows that 31 per cent of the people in Edmonton are under the age of 25. The average age for the rest of the country is 41 while the median age in Edmonton is 37.7.  The data shows that not only is the city growing quickly but the number of young people is as well.

The demand for new homes in the city has decreased as different challenges arise in the town like a weaker labor marketing and slower migration. The Economic growth and building permits have all slowed down as a result. At 18.3 per cent building permits were down and at 9.5 per cent construction completions were also down.

More than 50 percent of the residential housing consists of single-detached homes.

Many of the homes in Edmonton are single-detached homes. A closer look at the report reveals that more people are looking to build multi-family units. Apartments units, on the other hand, experienced the highest growth in the last year. One-to-four story apartments make up about 23 per cent of housing in the city.

Most Homes Have Two People

The data also reveals that many of the homes are in the city are owned by two individuals. At 32.5 per cent the data shows that this is the highest occupancy percentage.

The housing market in Edmonton is good which has transformed it into a place with one of the highest rates of home ownership. This higher rate of homeownership is more than the number of renters.

The census data in 2011 showed that about 65 percent of people living in Edmonton owned their own homes. This market is one that offers a person lots of opportunities to own their own home.

After taking a look at all of the data we see that the trend of growth in Edmonton is healthy and on the rise. More people are moving to the country, and it doesn’t seem to be slowing down anytime soon.