Provincial sales eased in August compared to the previous year across all regions except Calgary and Lloydminster. However, slower sales were also met with a pullback in new listings, causing further year-over-year reductions in inventory levels and reductions in the amount of oversupply in the market.

“Demand for housing still remains slow across most markets. This does not come as a surprise, as many regions continue to struggle with persistent weakness in the job markets and concerns regarding the province’s economic prospects,” says Ann-Marie Lurie, AREA Chief Economist. “The current improvements in the housing market are mostly driven by supply adjustments.”

Easing new listings relative to sales is causing inventories to decline, helping push the market toward more balanced conditions. Province wide reductions in oversupply are primarily driven by Edmonton and Calgary. While these reductions are supporting more stability in prices this month, year-to-date average prices continue to ease, and have generally trended down throughout most of this year. 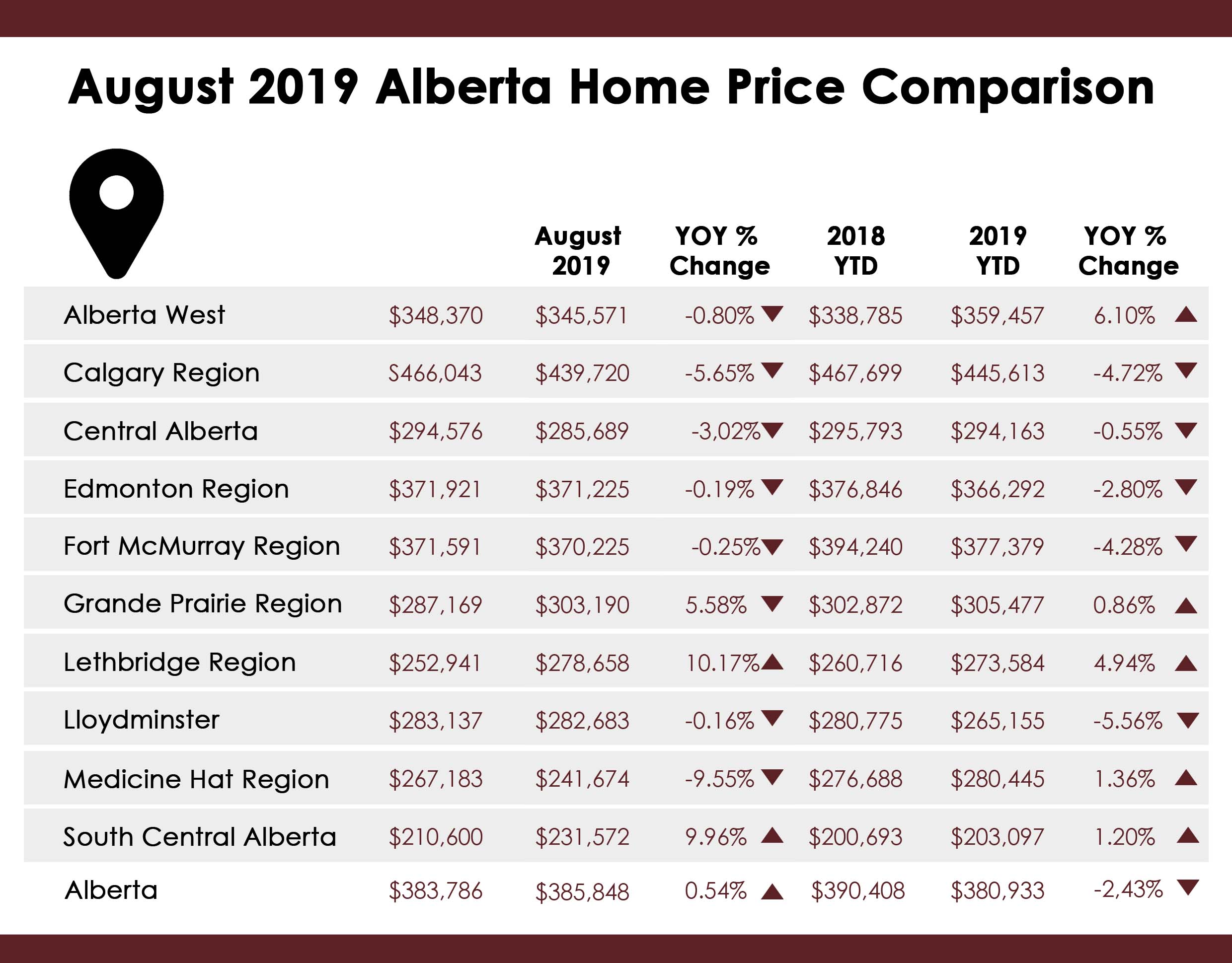